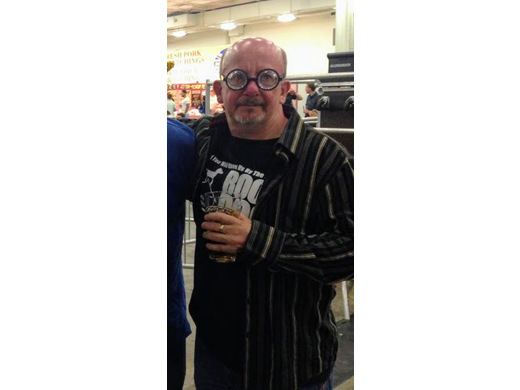 Sadly due to Covid it has taken a while to complete this competition in memory of John McCabe and it was a fitting that it took place at his home venue. A vociferous crowd came to support the Buckaneers in their quest to capture the inaugural John "Chains" McCabe League Cup the match went one way then the other and was played in a good spirited atmosphere.

The Buckaneers took first blood with a nervy Cliff Eastwood failing three times to capitalize on Dean Edgeler's earlier missed black, giving Dean a chance to make amends and win the frame. Neville Glover made the game level despite an in-off as Bucks captain Leigh John inexplicably put his last red safe with two shots. Steve Petty put the Bucks ahead when Billy Donovan failed to take out a long red to the left corner. Andy Sutherland made it 2-2 after Ashley Acton broke down on his attempt to clear up, although it took a while for a winning opportunity to arise. The Bucks and Dean with his front foot play took full advantage of John Leach's failed snooker attempt to regain the lead, next on Petty v Glover, with Steve unusually misjudging a positional shot on an attempted clearance, leaving just a safety shot available. His attempt to hide the white fell just short, which in turn left Neville a small chance of a pot which he duly took and ran out the rest of the balls confidently for 3-3. Cliff Eastwood and then Andy Sutherland took out 2 tricky clearances for a 5-3 lead and needing 1 more frame to retain the cup for the eighth successive year. Steve Petty strolled through a regulation clearance after Cliff missed a safe black completely. So 5-4. Dean as he tends to play went for it against Andy and ran out of position, which left Andy to mop up the remaining balls for a deserved 6-4 victory. The draw for the 2021-22 Cup was drawn last night and will be available shortly.

The Robert "Billy Pink Salver" was also played last night at Molesey Football Club as the Surbiton Vipers kindly agreed to switch the tie in receipt of a curry from Danny Long captain of Molesey Moles. For me this was always going to be a close affair, with Molesey seven days earlier storming into  a 4-0 lead against the Buckaneers in the league and the Vipers having an unbeaten start to their campaign and sitting second. The final duly went all the way (alas at this point I have no more details) and it was the Moles coming out on top in a last frame decider, so its Molesey's name to be added to the honours list and the current holders page. They are certainly adapting quickly to being a top division outfit.